In Duchenne Muscular Dystrophy Stem Cells Found to be Faulty 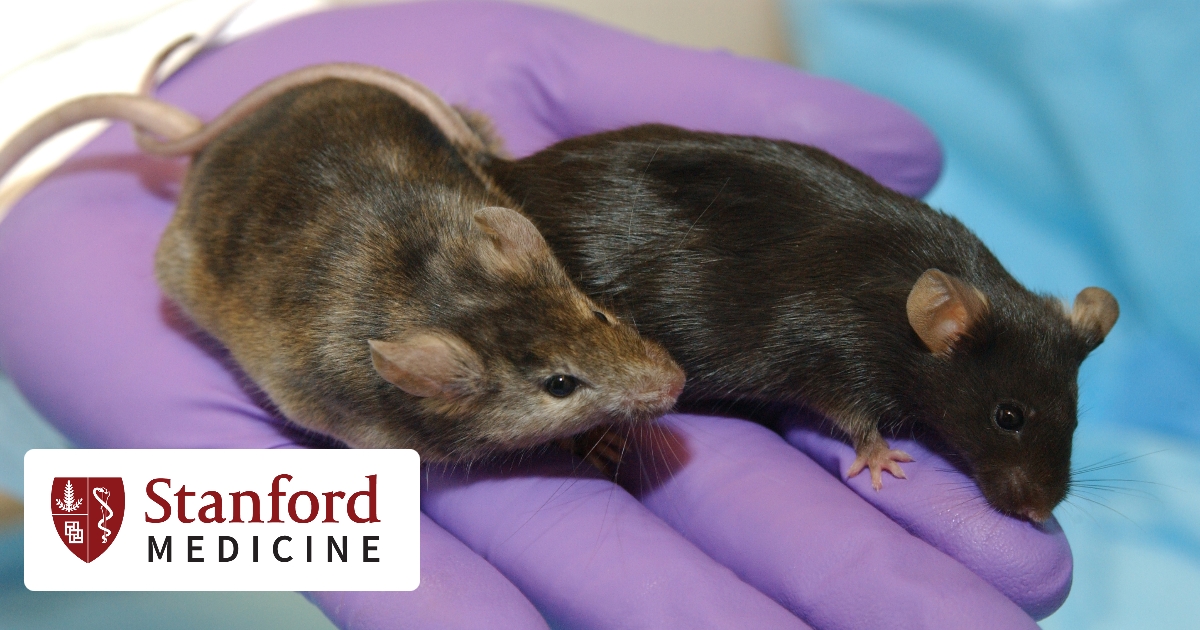 In a new study by Stanford University Medical Center mice with a form of Duchenne Muscular Dystrophy (DMD)underwent progressive muscle degeneration and accumulated connective tissue as they aged. Now, Stanford University School of Medicine researchers have found that the fault may lie at least partly in the stem cells that surround the muscle fibers.

The researchers discovered that this abnormal change in stem cells could be inhibited in laboratory mice by giving the animals a drug that is already approved for use in humans. The drug works by blocking a signaling pathway involved in the development of fibrosis. Although much more research is needed, the scientists are hopeful that a similar approach may one day work in children with Muscular Dystrophy.

They’ve found that during the course of the disease, the resident stem cells become less able to make new muscle and instead begin to express genes involved in the formation of connective tissue. Excess connective tissue — a condition called fibrosis — can accumulate in many organs, including the lungs, liver and heart, in many different disorders. In the skeletal muscles of people with Muscular Dystrophy, the fibrotic tissue impairs the function of the muscle fibers and leads to increasing weakness and stiffness, which are hallmarks of the disease.

“These cells are losing their ability to produce muscle, and are beginning to look more like fibroblasts, which secrete connective tissue,” said Thomas Rando, MD, PhD, professor of neurology and neurological sciences. “It’s possible that if we could prevent this transition in the muscle stem cells, we could slow or ameliorate the fibrosis seen in Muscular Dystrophy in humans.”

Beike Biotechnology research has shown that the use of umbilical cord mesenchymal stem cells (UCMSCs) are able to mimic these resident cells and thus reduce the amount of connective tissue or fibrosis.

Nasir Majeed M.D., a Beike Biotechnology Medical Consultant, noted that “In these patients a gene which is responsible for making the dystrophin protein has mutated which results in absolute deficiency of dystrophin, causing Duchenne Muscular Dystrophy. However, it is partly the resident stem cells which fail to recover/produce the dead or lost muscle cells. This is a recently proposed mechanism and it has been proposed for some neurological conditions as well. Mesenchymal stem cells on the other hand stimulate or mimic these resident stem cells. The Stanford study states that the stem cells which are already in the body (resident stem cells) surrounding the muscles may be at fault, so introducing mesenchymal stem cells to the body can alleviate this issue.”

A paper describing the researchers’ findings was published in Science Translational Medicine. Rando, the paper’s senior author, is director of the Glenn Laboratories for the Biology of Aging and founding director of the Muscular Dystrophy Association Clinic at Stanford. Former postdoctoral scholar Stefano Biressi, PhD, is the lead author. Biressi is now at the Centre for Integrative Biology at the University of Trento in Italy.

Duchenne muscular dystrophy is a devastating disease that affects about 1 in every 3,600 boys born in the United States. Patients usually experience severe, progressive muscle weakness that confines them to a wheelchair in early adolescence and eventually leads to paralysis. It’s caused by mutations in the dystrophin gene, which encodes the dystrophin protein. The dystrophin protein serves to connect muscle fibers to the surrounding external matrix. This connection stabilizes the fibers, enhancing their strength and preventing injury. Sufferers are nearly always boys because the dystrophin gene is located on the X chromosome. (Girls would need to inherit two faulty copies, which is unlikely because male carriers often die in early adulthood.)

Under normal conditions, muscle stem cells respond to muscle damage by dividing into cells, one of which becomes new muscle, while the other remains a stem cell. However, in the mice missing the dystrophin gene, the muscle stem cells slowly assume a different fate. They begin to resemble fibroblasts instead of muscle-making machines.

To conduct the research, Biressi and Rando used a strain of laboratory mice in which the muscle stem cells were engineered to glow with a fluorescent light when treated with a drug called tamoxifen. They then bred the mice with another strain in which the dystrophin gene is mutated, and followed the fate of the cells over time.

The researchers found that the expression of myogenic genes, which are associated with the regeneration of muscle in response to injury, was nearly completely lacking in many of the muscle stem cells in the mice after just 11 months, while the expression of fibrotic genes had increased compared with that of control animals. The cells from the dystrophic animals were also oddly located: Rather than being nestled next to the muscle fibers, they had begun to move away into the spaces between tissues.

The role of a signaling pathway

Rando and Biressi knew that a similar, but much less pronounced, accumulation of connective tissue in muscle fibers occurs during normal aging. That process is governed by signaling proteins, which include the Wnt and TGF-beta protein families. Wnt plays a critical role in embryonic development and cancer; TGF-beta controls cell division and specialization. They wondered whether blocking the Wnt/TGF-beta pathway in the dystrophic mice would inhibit fibrosis in the animals’ muscles.

The researchers turned to a drug called losartan, which is used to treat high blood pressure. Losartan inhibits the expression of the genes for TGF-beta types 1 and 2. The researchers thought it would probably interrupt the signaling pathway that leads the muscle stem cells astray.

Treating the mice with losartan, they found, did in fact prevent the muscle stem cells from expressing fibrosis-associated genes and partially maintained their ability to form new muscle.

“This scar tissue, or fibrosis, leaves the muscle less elastic and impairs muscle function,” Rando said. “So we’d like to understand why it happens, and how to prevent it. It’s also important to limit fibrosis to increase the likelihood of success with other possible therapies, such as cell therapy or gene therapy.”

Because TGF-beta type 1 plays many roles throughout the body, the researchers are now working to find ways to specifically inhibit TGF-beta type 2, which is involved in the transition of the muscle stem cells. They’re also interested in learning how to translate the research to other diseases.

“Fibrosis seems to occur in a vicious cycle,” Rando said. “As the muscle stem cells become less able to regenerate new muscle, the tissue is less able to repair itself after damage. This leads to fibrosis, which then further impairs muscle formation. Understanding the biological basis of fibrosis could have a profound effect on many other diseases.”